New tools for retrieving and saving associations between B-Rep shapes and elements of meshes, merge of the Web Toolkit documentation with SDK, added IFC import of quantity properties. 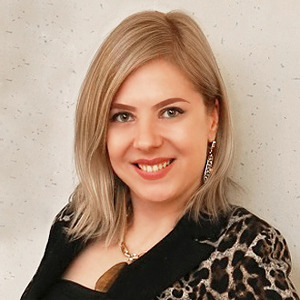 In the last six weeks, we've been working on many important features and have made several enhancements.

We have improved the rendering of meshed B-rep shapes and fixed errors in CAD Exchanger. Some updates include:

If you want to learn more about each new feature of the 3.14.0 version, check out the CHANGES.txt file.

Read the post below for all the major updates.

CAD Exchanger features a fast and efficient general-purpose meshing algorithm. Its results can be used for visualization, conversion to mesh formats and to speed up processing of models in various geometric operations.

In visualization and in geometric algorithms, it is often necessary to identify the mesh triangles with the B-Rep faces that they were produced from, and vice versa. This can be used to implement the selection of 3D data in a 3D view, or to transfer some data attached to B-Rep faces to mesh representation.

So far, the associations were possible between limited shape types. In this release we’ve added a fully featured support of associations between all shape types - faces, edges and vertices. It allows to identify original B-Rep geometry with meshes produced with various mesher settings.

One particular setting that is important is the generation of multiple triangle sets for multi-colored B-Rep bodies. This influences indexing of triangles composing this body - either it’s one for the whole body, or separately for each differently colored piece. The new functionality returns the indexes correctly for either of these options.

Version 4.1 was added during the last release and recently we have finally been able to upgrade to version 4.3. This means that users can now import IFC4 files, including all the entities by IFC 4.3 specification: B-Rep representations, assembly structure, names, user-defined properties, colors, and layers.

Version 4.1 was added during the last release and recently we have finally been able to upgrade to version 4.3. This means that users can now import IFC4 files, including all the entities by IFC 4.3 specification: B-Rep representations, assembly structure, names, user-defined properties, colors, and layers.

Another noteworthy feature is IFC import of quantity properties that provides users with more complete data on the quantitative properties of model elements (length, width, height, weight, etc.) when uploading data from a file.

Improved scope and algorithms of neutral and native formats

Native formats have also seen major improvements. Among them are added support of cylindrical spline surface and enhanced import of colors in Creo, alignment of missing external references mechanism with other formats, and fixed parsing of non-uniform rational B-spline (NURBS) entities in CATIA, components with no representation are now skipped during import in 3D XML, and crash in parsing caused by corrupted polygonal data fixed in SOLIDWORKS.

Work on usability includes the following improvements for neutral formats: crash when exporting empty model or model with empty instances, import of PMI coordinate systems, and incorrect unit coefficient in PMI dimension in JT have been fixed.

With this upgrade, architects and designers can create AR solutions that bring textures onto the CAD object within the construction sites. All stakeholders can now preview what a finished building will look like in its actual environment.

Relocation of the Web Toolkit source code to GitHub

So what do you do next?

If you would like to explore all the newest features in version 3.14.0 before making a purchase decision, check out the most important updates.

Every six weeks we release a new version of CAD Exchanger products with enhancements, allowing for a simpler and more streamlined workflow approach.

If you are already a CAD Exchanger user and want to give the new version a try, create an account in the Customer Corner and download CAD Exchanger 3.14.0. When signing up, please enter the email which was used for purchasing the license. Your project page will be automatically created with all the licenses linked to the indicated email address.

Please contact our customer support staff with any queries, from technical comments to general inquiries about using the software.