In this version CAD Exchanger is enhanced with a couple of new formats, semantic PMI support, and new SDK examples for the documentation. 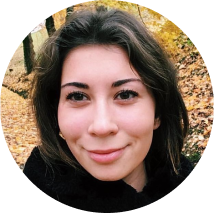 Hi everyone. This week we are ready to present CAD Exchanger 3.7.0. In this version CAD Exchanger is enhanced with a couple of new formats, semantic PMI support, and new SDK examples for the documentation. Let’s dive in!

COLLADA is an XML-based schema that allows data exchange among 3D Digital Content Creation tools, such as SketchUp, Maya, 3ds Max, and Rhino. COLLADA files have the *.dae file extension, which stands for digital asset exchange. This September Collada is fully integrated into CAD Exchanger, which means that both import and export are available.

Being called ‘JPEG of 3D’, GLTF is indeed a star of 3D model formats. Standard for many 3D applications and game engines, it is especially prominent as a common publishing format for 3D content tools and as the format of choice for web apps. Now you can even display GLTF on the news feed. From now on CAD Exchanger supports its export and is recommended when feeding data into three.js-based web applications.

DXF is another format created for enabling data interoperability. This one was aimed at enhancing the interoperability between AutoCAD and other 3D CAD applications (in addition to SAT format supported by CAD Exchanger for many years). Export of DXF will allow you to produce files that can be viewed and edited in AutoCAD.

In this release we added another format created by Autodesk. It is goodie oldie 3DS. The format is native to the original DOS-based 3D Studio modeling and animation application. Although this format is considered pretty old school, it’s still widely used.

Support of Solidworks import has been made fully cross-platform. From now on, Solidworks files can be read on Windows, Linux, MacOS, and Android. Various enhancements have been implemented to correctly open files which previously caused issues.

Import of semantic PMI in STEP and JT

Semantic PMI (Product Manufacturing Information) enables powerful processing by any app capable of reading it. For example, provided with semantic PMI, an app can find all holes of a certain diameter range, or surface finish type. For an engineer it would be enough to see graphical PMI displayed on his or her screen, but for a let’s say CNC machine it would be just a bunch of triangles. For a machine to be able to read PMI we need to translate it to so-called semantic PMI. This is important, for in semantic PMI there is all information on how exactly to produce a certain part. With 3.7.0 PMI will be readable in STEP (especially its Application Protocol or AP 242), which is a broadly used neutral 3D format, and JT, which is rapidly gaining popularity in large-scale production.

In this release we enhanced our documentation with a bunch of C# and Java examples. The list includes the most frequently used scenarios: conversion (import and export), model exploration (working with BOMs, appearances, layers, polygonal and b-rep representations), meshing, modeling and visualization. Please see the full list of examples here.

In addition to perpetual license we introduced subscription. Subscription can be a more cost-effective solution for those who use CAD Exchanger just sporadically. You may find all the details here.

Another important thing is that now CAD Exchanger SDK licensing model has been further simplified allowing to gain even greater savings especially when using multiple formats.

Working on this release we added support of the latest Parasolid versions 31.1 and 32 and further improved procedural geometry support revamped in the previous release.

Thanks to reports of our Cloud users, we enhanced performance and import of helix curves in ACIS, and added multiple improvements in geometrical algorithms used in IGES, JT, Parasolid, Rhino, STEP and other formats. A detailed list is available in CHANGES.txt

Many thanks to those of you who sent us problematic files. Resolving corner cases we ameliorate CAD Exchanger making it of higher quality . Should you encounter any problematic files please contact us at support@cadexchanger.com.