How to convert Parasolid
to X3D?

Parasolid file format is native for Parasolid geometrical kernel. Today it is widely used in a range of applications, including SolidWorks, SolidEdge, NX, Microstation, Ansys, Abaqus and others. Parasolid has two primary file extensions: .x_t, which is text based, and .x_b – binary-based format. Parasolid is also used to provide precise geometrical definitions of parts in JT files (as XT B-Rep data segments). CAD Exchanger can read files compliant with the entire range of Parasolid file format (schema) starting from v0.15 and up to version 32 (as of time of writing this page). Likewise, CAD Exchanger writes file compliant with all Parasolid schemas.

From Parasolid to X3D, CAD Exchanger gets you covered. 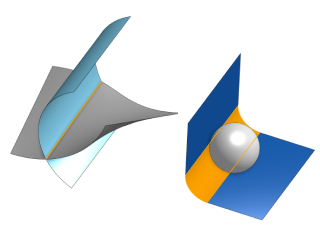 In the fourth part of the series, we tackle another important kernel format of the biggest geometric kernel in the business