How to convert Solidworks
to U3D?

Approximately 23% of CAD professionals globally use SolidWorks on daily basis. Together they generate tremendous volume of 3D files in native format, which are troublesome to feed into 3rd party major and minor CAD systems due to format specifics. SolidWorks files (previous to version 2015) use the Microsoft Structured Storage file format. This means that there are various files embedded within each SLDDRW (drawing files), SLDPRT (part files), SLDASM (assembly files) file, including preview bitmaps and metadata sub-files. CAD Exchanger seamlessly reads SolidWorks data and converts to the file format of your choice.

From Solidworks to U3D, CAD Exchanger gets you covered. 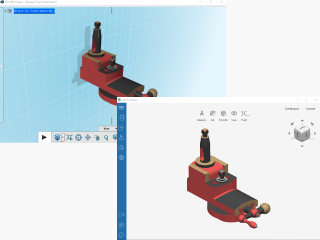